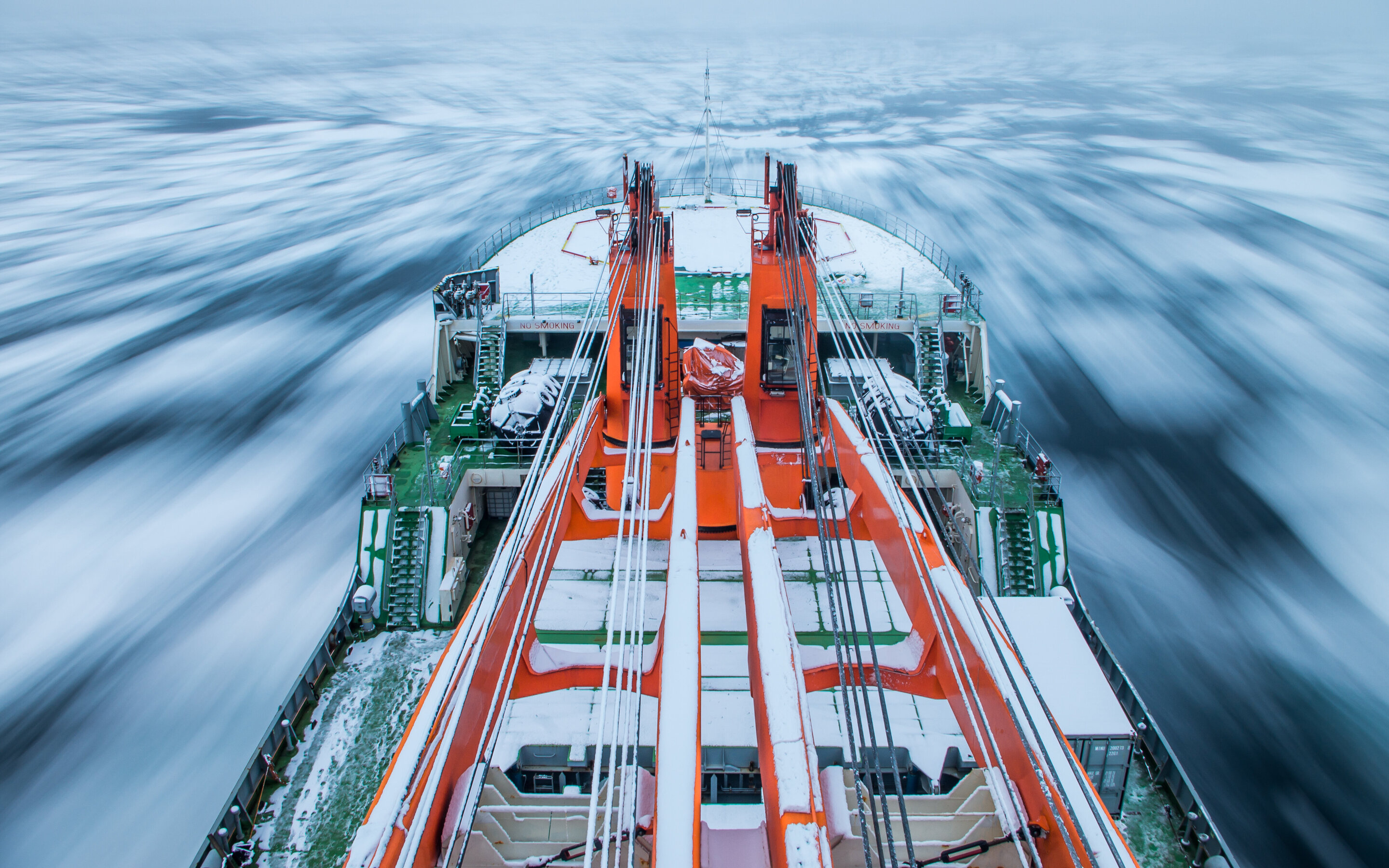 Akademik Tryoshnikov, the research vessel that carried the team of Russian climate scientists on their fourth expedition in the Arctic Ocean in 2015.
Credit: Mikhail Varentsov

Following four expeditions in the Arctic Ocean and satellite data analysis, a team of Russian climate scientists featuring MIPT researchers described the ocean’s “seasonal memory.” This refers to a mechanism explaining how atmospheric circulation has caused the ice in the Eurasian Arctic to melt faster than in the American Arctic in the 21st century. The paper was published in the journal Atmosphere.

Global warming affects the Arctic more than other regions on the planet. Each year, the ice cover retreats slightly closer to the North Pole. Since an ever smaller area of the Arctic Ocean is covered with ice, which serves as a mirror reflecting sunlight, the seawater captures more heat. This vicious circle causes even more ice to melt. Climate scientists predict that by the end of the 21st century, the entire ice cover in the Arctic may become seasonal, melting every summer.

The Arctic does not lose ice uniformly. According to the researchers, different seasonal patterns are at play depending on region: From the early 2000s, the ice cover in the Eurasian Arctic has been shrinking even in the winter period, while the American region only lost ice in the summer.

“This discrepancy stems from the way air circulates in the Arctic,” explains study co-author Mikhail Varentsov, a climate scientist at MSU, the Institute of Atmospheric Physics of RAS, and Russia’s climate agency Hydrometcenter. “Late September is when there’s the least ice in most years. That’s when the ocean actively accumulates solar energy as heat. But if cold air comes in from the pole or Greenland, it absorbs some of the heat. Conversely, an inflow of warm air from the continent causes the ocean to heat even more.”

The team refers to this mechanism as seasonal memory, because the winter ice cover responds to the atmospheric conditions in the previous summer. The trend in the 21st centuryhas been for air currents to slow down ocean heating in the American and speed up in the Eurasian Arctic. In the latter region, this led to ice forming weeks “behind schedule” and maxing out at a smaller thickness and area.

To report and explain Arctic climate change in detail, the researchers measured water temperature and composition at various depths, as well as air temperature and humidity, wind, and air-sea interaction parameters in two polar regions (figure 1). The team monitored hundreds of such characteristics during four expeditions in the Arctic Ocean in the August and September of 2003, 2005, 2013, and 2015. The study is part of the NABOSproject, a major international effort to study the Arctic climate launched in 2002. Besides direct observations, publicly available data from other studies was analyzed, including satellite measurements of ice cover area.