Epizoanthus martinsae lives on black corals at depths of almost 400m ATLAS Almost five years of studying the deep Atlantic in unprecedented detail has revealed 12 species new to science. The sea mosses, molluscs and corals had eluded discovery because the sea floor is so unexplored, scientists say. Researchers warn […]

The metal tube is being deployed from the vessel to penetrate the bottom of the sea and bring sediment samples. Credit: Bruno Todeschini Gas hydrate is an ice-like substance formed by water and methane at depths of several hundred meters at the bottom of our oceans at high pressure and […]

A map of the Arctic Ocean shows the location of the Amerasian and Eurasian basins. Arrows show the path of warm, fresh Pacific water and warm, salty Atlantic water into the region. Credit: Graphic adapted from Polyakov et al. 2020, Frontiers in Marine Science paper. New research explores how lower-latitude […]

The coral reefs of Bikini Atoll can be mapped by a NASA satellite’s green laser, which penetrates up to 40 meters underwater. THE ASAHI SHIMBUN/GETTY IMAGES Late in 2018, just after its arrival in orbit, NASA’s ICESat-2 satellite passed over an iconic site from the atomic age. By chance, its […]

Safeguarding the seas, one protected area at a time

Atlantic spadefish swim along the reef at Gray’s Reef National Marine Sanctuary Monday, Oct. 28, 2019, off the coast of Savannah, Ga. Gray’s Reef has served as a global inspiration. Following the lead of the U.S., other nations have designated similar sanctuaries; they now cover about 6 percent of the […]

The Sea Is Consuming Jakarta, and Its People Aren’t Insured

MUHAMMAD FADLI/GETTY IMAGES JAKARTA IS SINKING at the worst possible time. As sea levels creep higher, the coastal megalopolis continues to pump too much water from its underlying aquifers, and consequently the land is collapsing by almost a foot a year in some places. A modern city, home to 10 million people, is […] 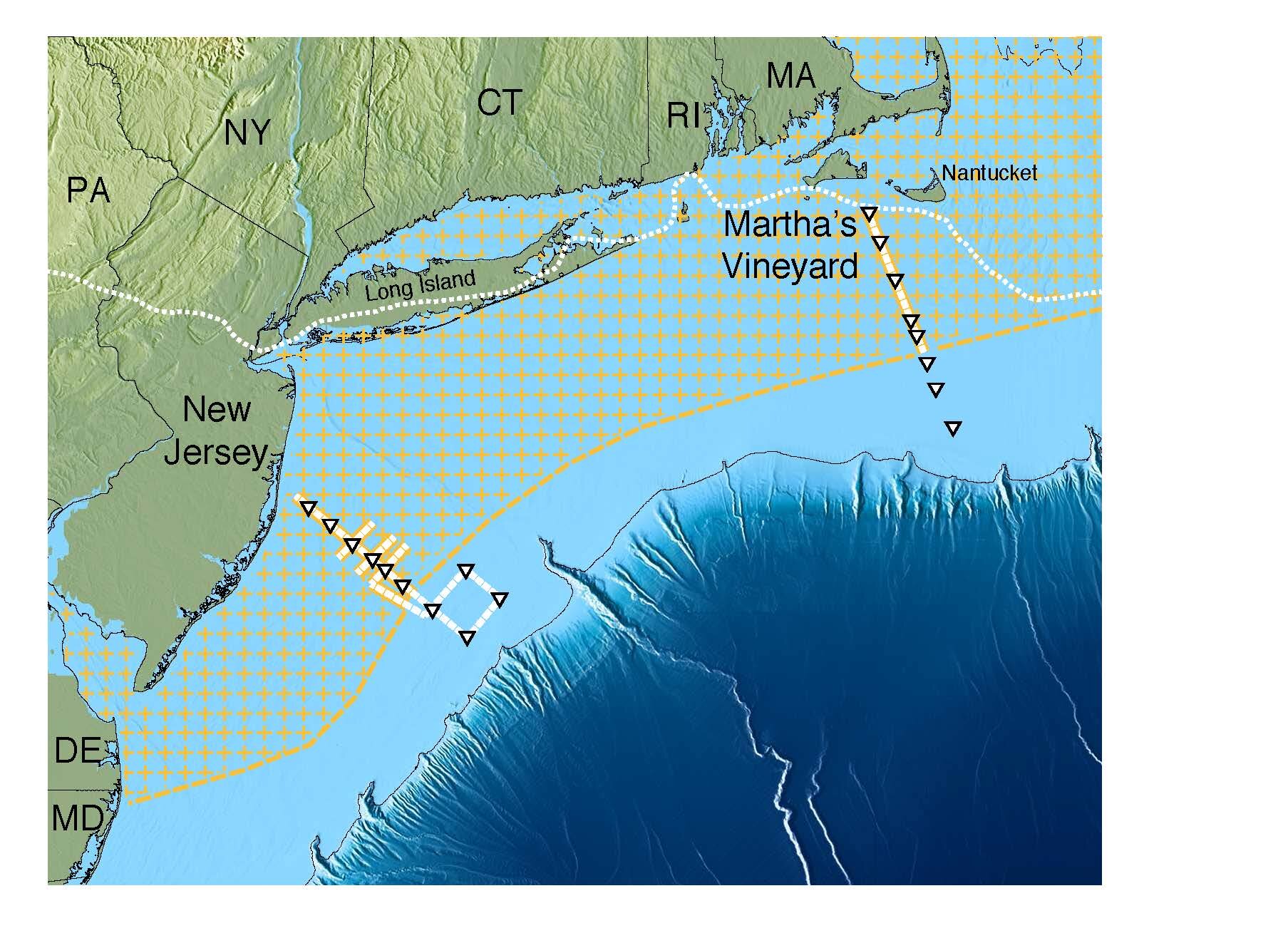 Scientists have mapped a huge aquifer off the US Northeast (hatched area). Solid yellow or white lines with triangles show ship tracks. Dotted white line near shore shows edge of the glacial ice sheet that melted about 15,000 years ago. Further out, dark blue, the continental shelf drops off into […]

Marine ecologists are removing Red Sea coral and moving them to another site to avoid them perishing during maintenance works on a jetty A dozen feet deep in the azure waters of the Red Sea, Israeli marine ecologist Assaf Zvuloni firmly grasped a bright red coral fastened to a metal […]

Solved: How tides can trigger earthquakes

Credit: CC0 Public Domain The tides are turning in a quest to solve an earthquake mystery. Years ago, scientists realized that earthquakes along mid-ocean ridges—those underwater mountain ranges at the edges of the tectonic plates—are linked with the tides. But nobody could figure out why there’s an uptick in tremors […]